The 1st United States Patent for an elastic resistance anchor point training system was granted in 1897. 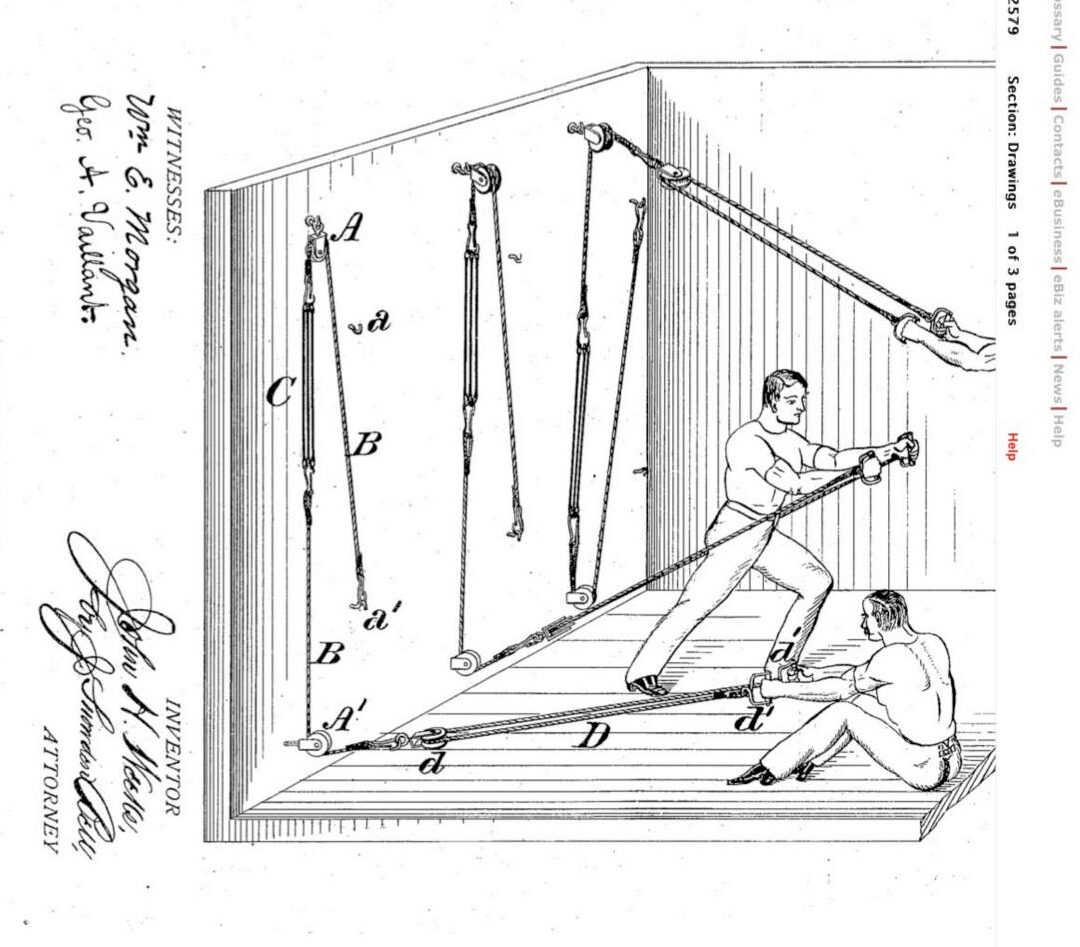 In the 20th century, convenience and cost made resistance bands popular with home programs and group training. For Physiotherapists the scalable resistance, versatility of angles and convenience made bands a valuable, even essential tool. Unfortunately, when it came to the serious task of training performance, resistance bands were seriously misunderestimated by most trainers for almost 100 years

Understanding the unique nature of elastic resistance is the first step to getting the most out of bands. All trainers understand elastic resistance gets stronger as the band is stretched, but how to exploit that characteristic is not well understood.

This continual increase in resistance means that movements away from the anchor don’t carry momentum. This means fast, explosive moves, can be trained with resistance without carrying any momentum. Or conversely, bands can be used to assist acceleration. (While there is useful work to be done with over speed be mindful of the strength of the stretched band and ensure movements are controlled through all phases.)

Consider a standing biceps curl with an anchored band. Establish the distance for a maximum effort concentric contraction, the curl, and then with the curl locked in at the strongest part of the ROM back away from the anchor creating additional resistance.

The idea of this technique is to simply use the legs to move the connection point further away from the anchor point to create resistance beyond the capability of the arms concentric contraction and so working the eccentric with more resistance.

Training virtually every movement with useful resistance by simply changing orientation to the anchor means exercises can be efficiently progressed. Note how the open stance lunge below changes the angle for the curl to side on while offering a cross body row, useful, accessible variety.

The longer range of motion of a longer band provides the ability to create larger movements, work movement patterns through the entire range with more appropriate resistance, accommodating presses and rows with lunges.

Anchored elastic resistance can be used with a variety of connection devices besides handles. Belts, harnesses, straps, and bars can be incorporated to create the specific resistance and connection for progression and specific needs.

Using a variety of angles with various resistances and a variety of connections offers training of both movement and stability in all movement patterns that can be resisted including training movements that require forces to be moved or resisted in more than one dimension.

Don’t misunderestimate resistance bands, they may be old but they keep getting better.

One of the aspects of training for CNS benefit is variability/variety. When you add this to coordinated full-body resistance you are checking many important boxes. Progressing practice to move with resistance in many dimensions is part of best practice.Here's part of this morning's workout, using a new hip loop design here, calling it the #prowlerloopmini ... See MoreSee Less

When this happens, it's usually because the owner only shared it with a small group of people, changed who can see it or it's been deleted.
View on Facebook
· Share

Some good deals here! Stoked to show you the new line in a few weeks. Some wonderful announcements coming soon too :) ... See MoreSee Less
View on Facebook
· Share